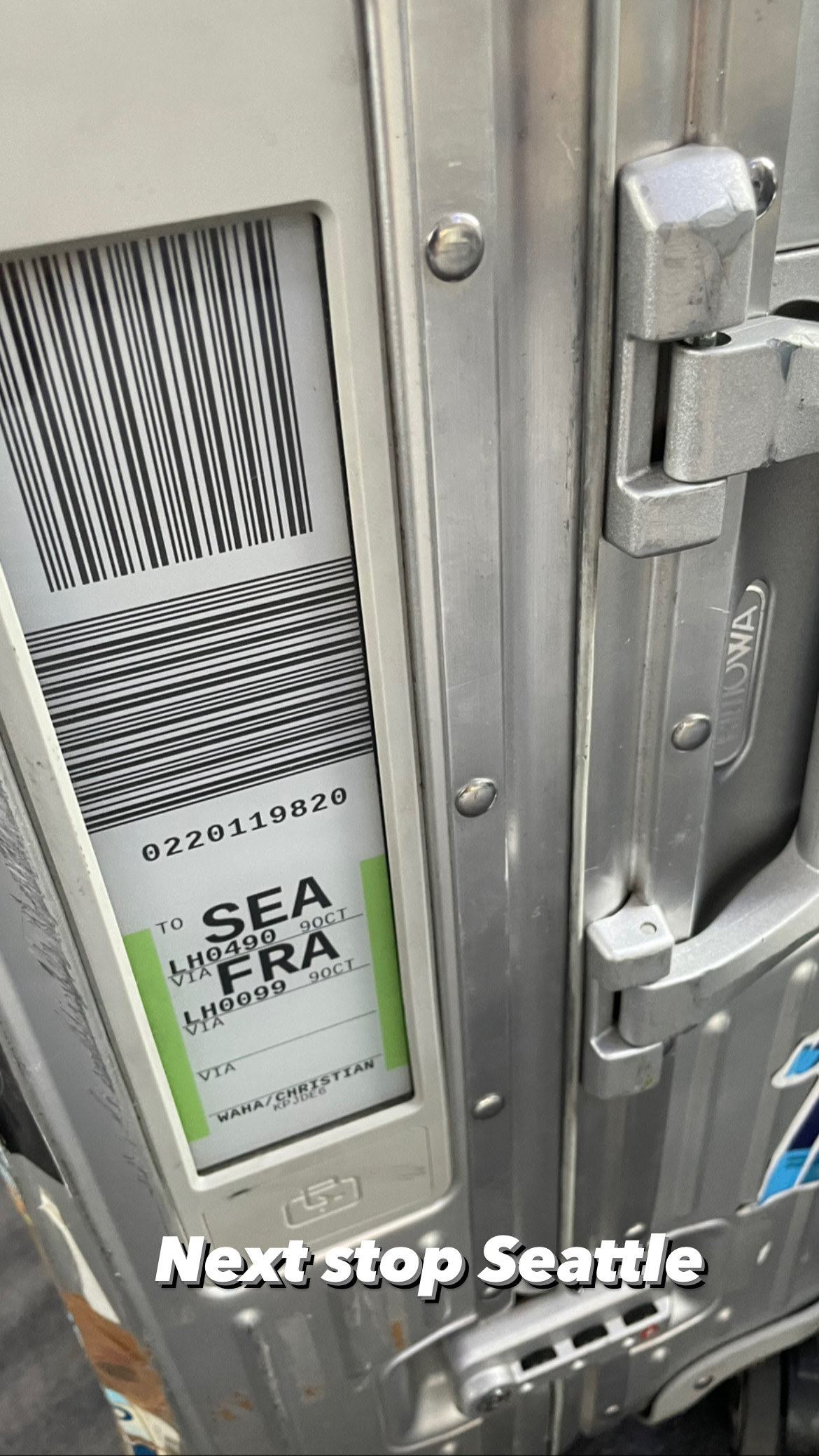 It looks like I was too enthusiastic as I said next stop Seattle. Because after I arrived in Seattle at SeaTac and getting my phone working in the US Network my phone recieved a interesting SMS from Lufthansa

Lufthansa told me that they rebooked my Luggage to the flight one day later. I had a conversation with my Microsoft Regional Director Buddy Raphael Köllner that I thought I will not get my flight to Seattle either, because the flight Lufthansa offered me was really weared. I landed at 10 am at Frankfurt Airport and boarding for my flight to Seattle started at 10 am. So I was in worry not to get this flight. But I was able to catch my flight but it looks like that my Luggage was not able to catch it. What was really weared was that my airtag which was placed in the luggage showed me that it was beside my plane on pushback. It seems Lufthansa closed loading some minutes before the luggage was able to get transfered from the other side of the building.

I was really happy that my Suitcase was on Monday evening at the hotel. But I was invited on many different events and needed to purchase something in between. Like clothes for Dinner, Sports and Meetings. Also I need something for cleaning, Tooth brush and all the things you usually need and for some purposes I can not go with the stuff hotels provide to you.

So next step is again to force Lufthansa to pay for my expenses. Like in the last post I want to get my destroyed suitcase replaced by a new one.